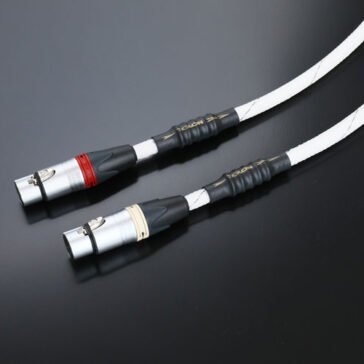 As the second product in the Tiglon Premium Line 2000 series (TPL-2000), we are pleased to announce the release of two interconnect cables (RCA and XLR), which have won the “Audio Accessory Excellence Award 2019 Grand Prix” and “MJ Technology of the Year Excellence Award” on the day of the 2019. The TPL-2000A is the flagship model of the TPL-2000A, which employs all the technologies of the TPL-2000A power cable.
The dip-formed oxygen-free copper (DF-OFC), which is said to be a fantastic conductor, is coated with the world’s patented “Magnesium Shield”, and the outer jacket is tuned up with a special outer tube used in the aviation industry, anti-static treatment and our original burn-in technology “Hyper Saturated Energizer (HSE)”.
Advanced Magnesium Filter (AMF)”, a patented technology that strongly suppresses both horizontal and vertical vibrations of the cable, and “Super Clear Isolator”, a special insulator, were adopted for the first time to pursue a faithful sound field and high silence feeling to the limit.